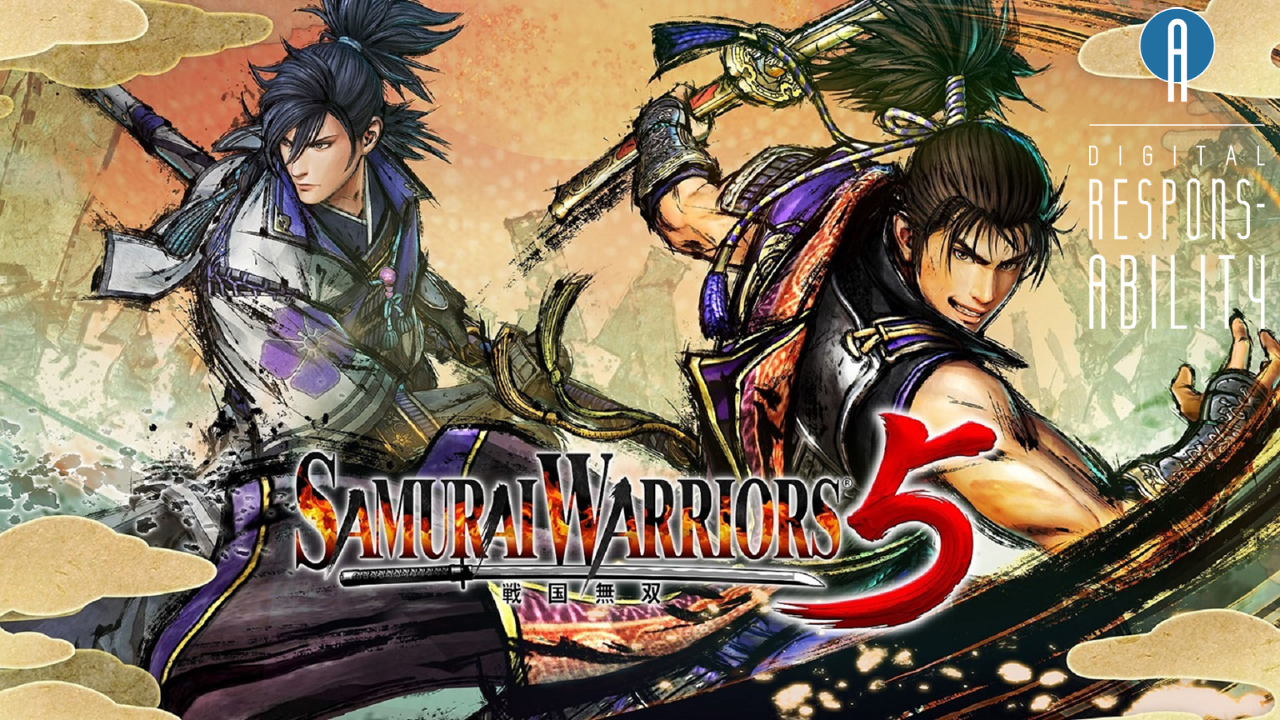 Samurai Warriors 5 comes back with the sleek graphic design and action heavy gameplay that the series is known for.

Samurai Warriors 5 is the latest installment in the long running “Warriors” series of games. It’s a genre  known as Musou (pronounced ‘moo sow) games. These types of games are full of action, hack and slash styles and where you play a grander than life character in a battlefield and single handedly dispatch hundreds or thousands of enemy combatants.

The Musou genre was at first mainly represented by the “Dynasty Warriors” and “Samurai Warriors” series, set in ancient China and Japan respectively. In the more recent years, the genre has expanded to new themes and intellectual properties. We reviewed “Persona 5 strikers” earlier, also, the Zelda games have had 2 Musou installments in their “Hyrule Warriors” series.

This review was a little difficult for me to write. Generally, when I do a review, I like to look at things from a parent perspective. So I look at things like violence, sex, swearing etc. I also look at positive things such as a story that makes me and my family think, gameplay that rewards creativity, or bonding opportunities as I play games with my kid.

This is where the difficulty came. As I was trying to write this review, I realized most Musou games basically have the same formula; it has a low degree of fantasy violence, never comes close to being graphic, and generally, the story is barely serviceable to explain why you go from battlefield to battlefield.

As such, the genre and this game gets a decent score from us because it is very safe in it’s themes, while at the same time, not achieving a high score because it is mostly action entertainment with no real teaching opportunities.

Is the game fun? Of course it is! The gameplay mechanics are engaging, and the feel of being this Achilles from “The Iliad” hero-like figure in a battlefield never gets old. As such I easily award the game a FUN FACTOR of 7/10

– No learning opportunities from the story