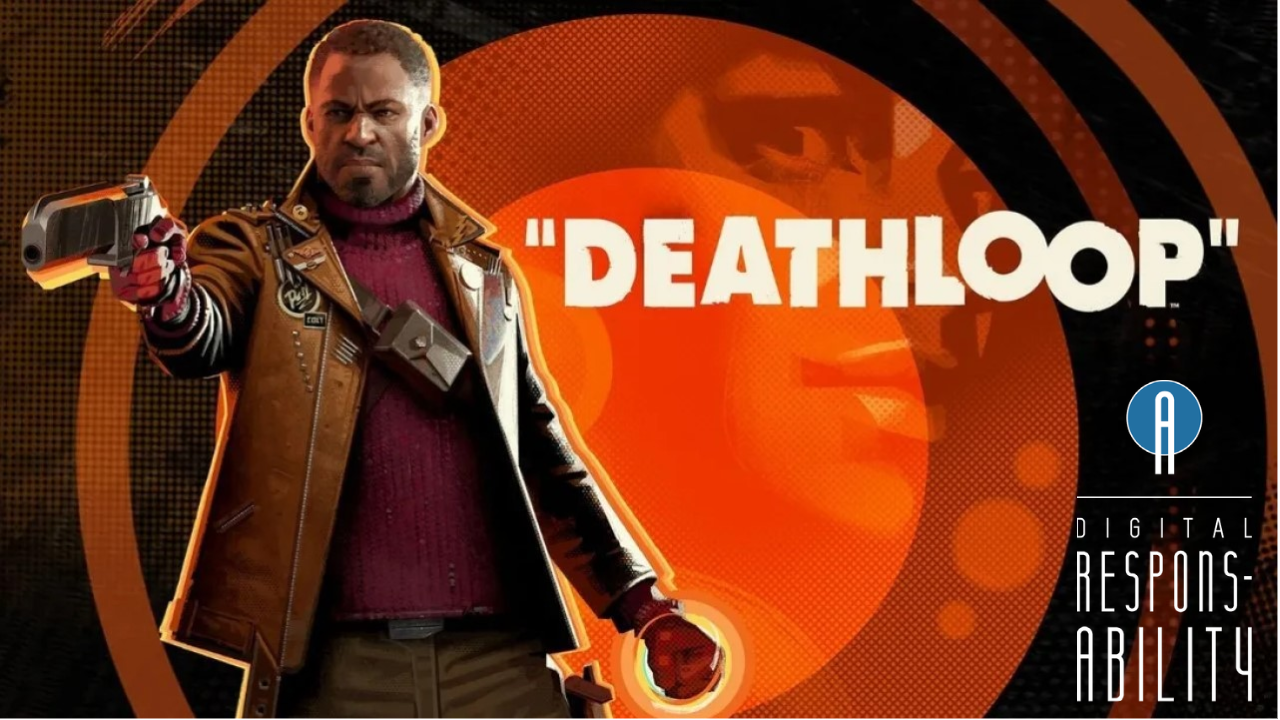 Deathloop is a fun and creative first person shooter with enjoyable time warping mechanics. The game is a blast to play. We at "Digital Parenting reviews", analyze how appropriate is it for our kids.

Deathloop is a first person-shooter game with some puzzle and time travel mechanics similar to the movie “Groundhog’s day”, repeating the same day over and over and looking for a way to get out. It’s created by Arkane studios, a developer that has been known for their creative design with first-person shooters.

You play as Colt, who is trapped in a loop reliving the same day over again. Early on you realize that there are 8 high profile targets you have to assassinate during the same day in order to break out of the loop.

This is where the bulk of the game takes place, as you only have 4 periods of the day: morning, noon, afternoon and evening. You also have 4 locations that you can visit only once per play period.

This makes it so the main objective of the game is learning the patterns of what goes on during this one day in order to get multiple targets in one place to be able to accomplish your goal.

There is a very heavy use of profanity in this game. The game uses most curse words you can ever imagine.There is also talk about sex, drug and alcohol use.

The game is quite violent and visceral, The player uses many powers and weapons that not only feel impactful but also tend to kill enemies in a splatter of gore. There is also stealth mechanics in which you approach and assassinate enemies by either breaking their neck or using a machete.

As stated above, there is talk of sex, and one of the goals in getting the targets together involves learning that two of them meet up for sex. The meet up in question involves moaning sounds, although the act is not shown. There is no nudity in this game.

Deathloop has a lot of creative thinking and writing behind it. The whole game is a puzzle that requires the player to pay attention to the comings and goings of the characters they are targeting. The writing is also top notch, with a diverse cast of characters. I played this game with my wife and we were pulled in deep into the story.

Deathloop is a blast to play, the shooting and running gameplay never gets old, the story is riveting, the dialogue is witty and funny, the time-puzzle aspect is a breath of fresh air rarely used in videogames. As such, we give it a 9/10 in fun factor

Deathloop is a very fun and innovative game as far as being a gamer goes, but in regards to our children and how appropriate it is, I would not recommend it for anyone under 15 years old. 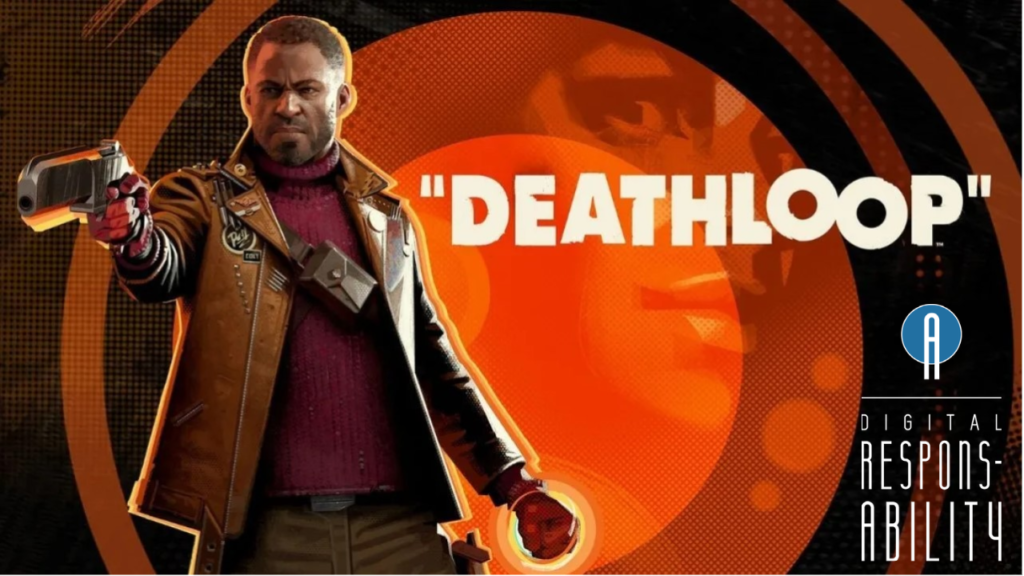