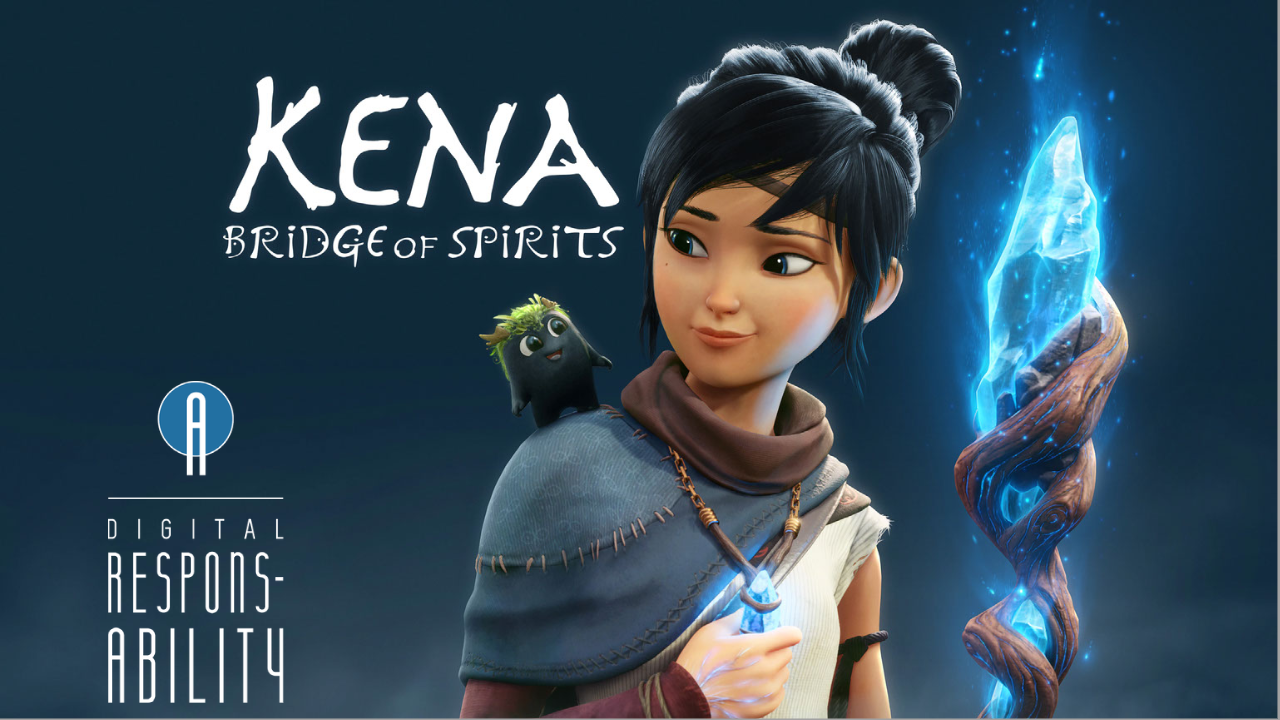 Kena: Bridge of Spirits is a great game with many fun mechanics and a story that is filled with teachable moments with a core based on empathy and kindness.

Kena: Bridge of Spirits is an action adventure game developed by a newcomer studio, Ember Lab. Their first foray is a triumph, but not without some flaws.

You play as Kena, a young spirit guide who uses her magical powers to help spirits move from the physical to the spirit world. She comes across a town that was once flourishing, but now is corrupted and filled with spirits unable to move on.

Kena helps clear the town of this corruption with her powers, and uses her kindness and empathy with the spirits to help them with their regrets in life,which are keeping them in the physical realm.

Along the way we discover what happened to the town and why it is in its current state.

The game looks beautiful, having a Pixar esque quality to it, the “rot” creatures that help Kena on her journey are especially cute. The soundtrack is also stellar.It is chaotic and ominous in boss fights, while soothing when exploring the world.

The language in this game is very clean and the story is heartfelt and filled with hope that overcomes the despair, with very healthy themes of how we approach people in need.

Fighting the corrupted beings in the village is a big part of the game. It is fantastical and whimsical to the point of quite cute often. There is no gore or blood, as all enemies are creatures made out of wood or rock or some other foliage.

Kena: Bridge of Spirits is a game full of heart. It has many narratives about empathy and kindness and helping people forgive themselves and let go of regret.

The game also has many sequences that require puzzle solving and are quite clever. My 10 year old solved most of the puzzles we approached and he loved doing so, while also feeling a sense of accomplishment.

Kena: Bridge of Spirits is an enjoyable game to play, the platforming and exploring are quite fun. I was always curious to see what was around the corner.

The combat is challenging and fun, but it lacks some of the depth action adventure games have had in recent years. The game had some difficulty spikes with some bosses that seemed erratic. For example, the second boss I fought was quite difficult and required many retries, while the next 4-5 bosses were a breeze, it did get better towards the end of the game.

Overall the game is fun from beginning to end, it just doesn’t reach the heights of some other titles in the genre. We give it a Fun factor of 7/10.

Kena: Bridge of Spirits is a great game with many fun mechanics and a story that is filled with teachable moments with a core based on empathy and kindness. 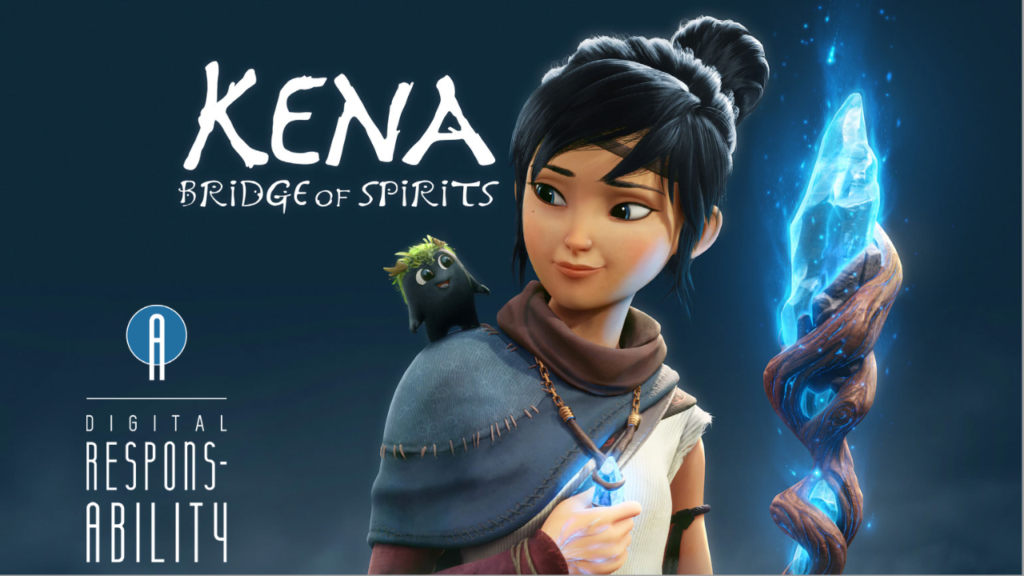