Digital Parenting reviews the latest in the horror series from "The Dark Pictures Anthology", House of Ashes. An exciting and exhilarating game, but is it appropriate for our kids?

The Dark Pictures Anthology: House of Ashes is a survival horror cinematic game. It’s the 4th in a series of horror games from developer Supermassive Games.

These games from Dark Pictures Anthology should be viewed more as interactive movies. There is a heavy emphasis on telling a story and giving the game a feel of it being a cinematic experience.

Most of the time, you control one of the multiple protagonists: walking around and discovering clues and making decisions that affect the character’s personality and relationships with the other characters. These decisions along with some well-placed quicktime events, determine which of the characters survive until the end credits.

In House of Ashes, we follow a group of Marines, deployed to Iraq in the early 2000s. They discover and fall into an ancient ruin full of mysteries and monsters and a twist on the pages of history.

The game can also be played multiplayer, in which at the beginning of the campaign, each player selects which character they will control. This can add a degree of fun and tension enjoyed by a group of friends, especially in the climax of the story, in which quicktime events ramp up and it is like playing hot potato trying to get your character to survive.

This game is full of swearing. It leans heavily on the archetype that Marines are generally very foulmouthed, as such the language runs the full range of swearing.

There is graphic violence and gore, especially when the monsters, vampire-like beings, are involved.

There is talk about sex and a storyline that involves one of the protagonists cheating on her husband, another of the main characters. No sex is shown aside from some passionate kissing a minute or two at the beginning of the game.

It is hard to find positive things in these kinds of games that you could not find in some other game that is safer for families. The main benefit of this game is the shared experience and excitement that comes from watching a horror film with friends. Albeit a little more interactive and for my money, more substantial.  My wife and I have played all of these games and have enjoyed and bonded through them.

House of Ashes is a very fun game, if you know what you are getting into. For any horror fan that is fine with the gameplay mechanics being quite basic, while also having a lot of dialogue and cutscenes, this game can be a blast. We give it a fun factor of 7 out of 10.

+A fun interactive time with friends

House of Ashes is a fun horror game to play with friends and share thrills. But it is not recommended for anyone under 16. 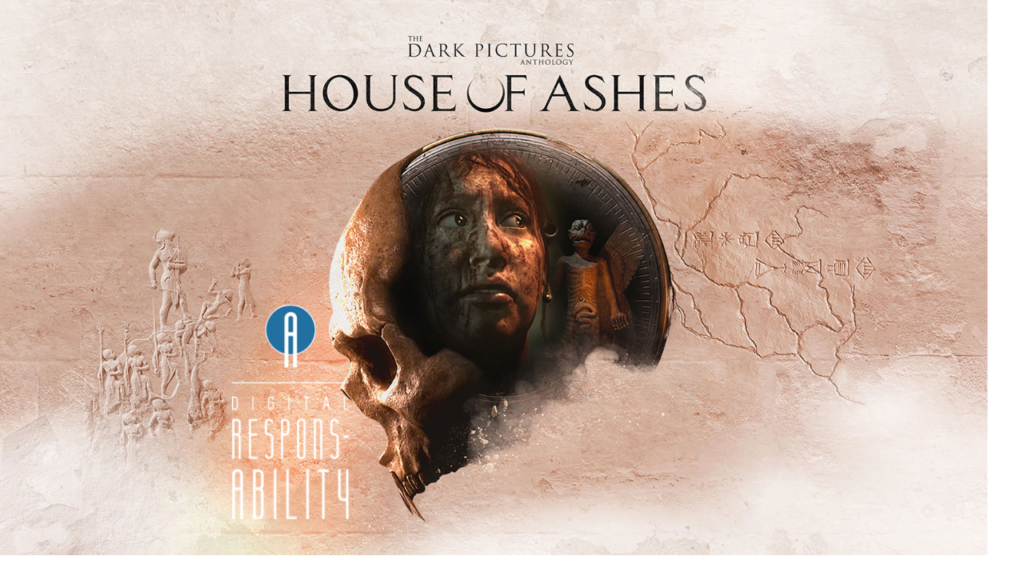