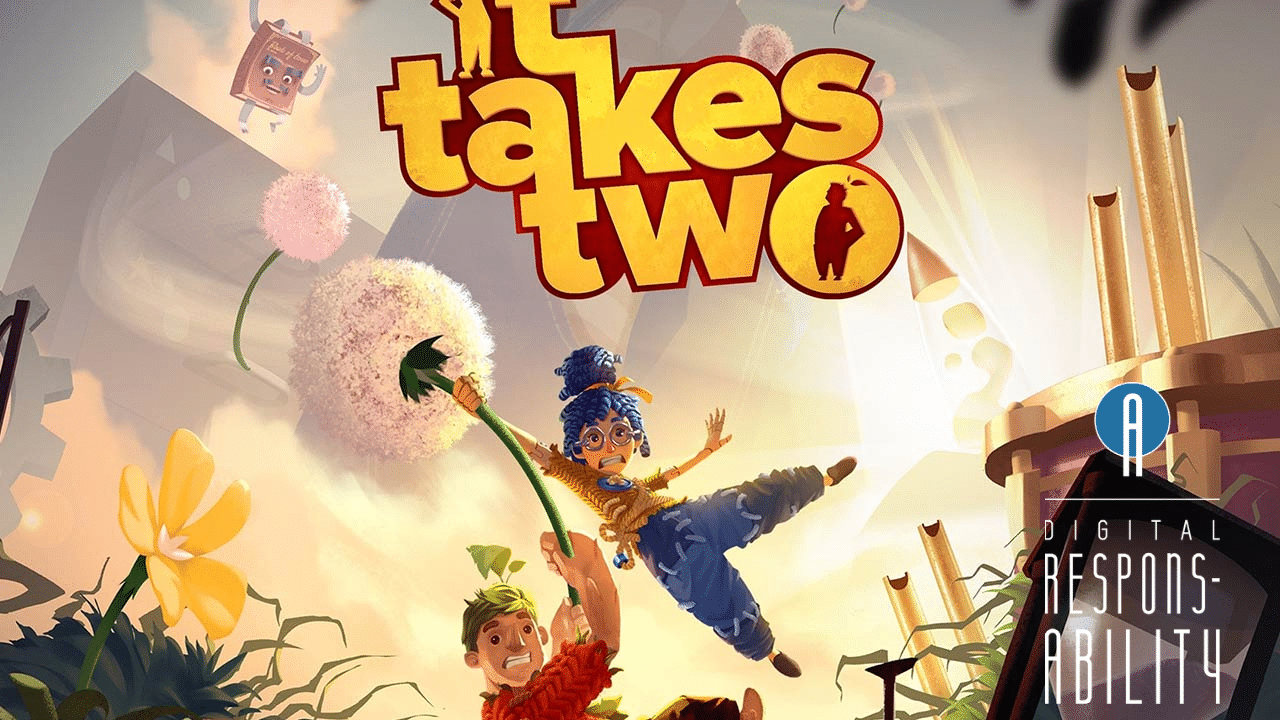 It Takes Two is a co-op action/adventure platformer from the mind of Josef Fares, a passionate director with a vision to bring out the most out of videogame’s unique capabilities. That is, the marriage of game mechanics with narrative depth.

What is It Takes Two

The story shows us a couple on the brink of divorce Cody and May, and how it has affected their daughter Rose. In a moment of profound sadness, Rose makes a wish while crying on dolls she made of her parents. This makes it so magically, our protagonists’ minds are transported to these dolls. Causing them to traverse multiple environments around the house trying to get back to their human bodies, and thus being forced to collaborate.

In most games, you start with some mechanics and build up as you progress getting more powerful, but generally, you feel as if the new abilities are built upon the blocks below them and as such you are still basically doing the same activity, just a little more complex and fun.

This is not a bad thing by any means, but it does run the risk of making gameplay stale and potentially disconnected from the narrative.

In “It Takes Two”, at every new stage, whatever tools and mechanics you were using before, gets thrown out of the window and you have to learn a new way to navigate and solve puzzles based on tools given to you by the game with the goal to match up the narrative. One example being, in a section the game talks about attraction between people, the whole level revolves around the usage of magnets.

This delivery is sometimes on the nose, but it is always fun and what Hazelight studios has accomplished with this game, should be applauded.

There is some minor swearing through the game, I remember a handful of times through the full playthrough Cody would say a few mild swears. And there is one cutscene in which a joke revolves around the S word. My 9 year old laughed but also said “That book said a bad word!”.

There is fantasy violence, the cartoony nature of it means you fight all kinds of creatures, from living animals such as bees, to animated objects such as a vacuum cleaner.

There is one scene in which you have to throw a plush elephant off a cliff, and the toy keeps begging you not to do it, which got a little dark and uncomfortable. But not in a needlessly cruel way, the story explains why you try to do this and it is more of a dark humor scene, since this is a toy being pushed by two other toys.

There is no sexual content in this game, it is very wholesome in that regard, and the game makes great strides to actually talk about feelings and relationships in a respectful way.

The game gives us a great story about teamwork and family. It deals with questions about relationships and divorce which could prompt good conversation with kids. It also has a lot of puzzle solving and creative thinking.

My family and I all bonded while playing this game. The game is also very friendly mechanically for people that might not be as experienced with games. It makes it very accessible and I would encourage people that are not considered “gamers” in your family, to give it a try.

The game is incredibly fun, there are so many different genres represented in this game, such as racing games, shooters, fantasy RPGs, fighting games, flying simulators, etc. It is all presented in such a clever and enjoyable game. I found myself enjoying every single second of this game. As such, it has the honor of being our first game with a 10 out of 10 fun factor!

It Takes Two is a very safe and enjoyable game. We would recommend this experience to anyone, playing it with a loved one is a must for any person that has access to it and even the mildest of interest. 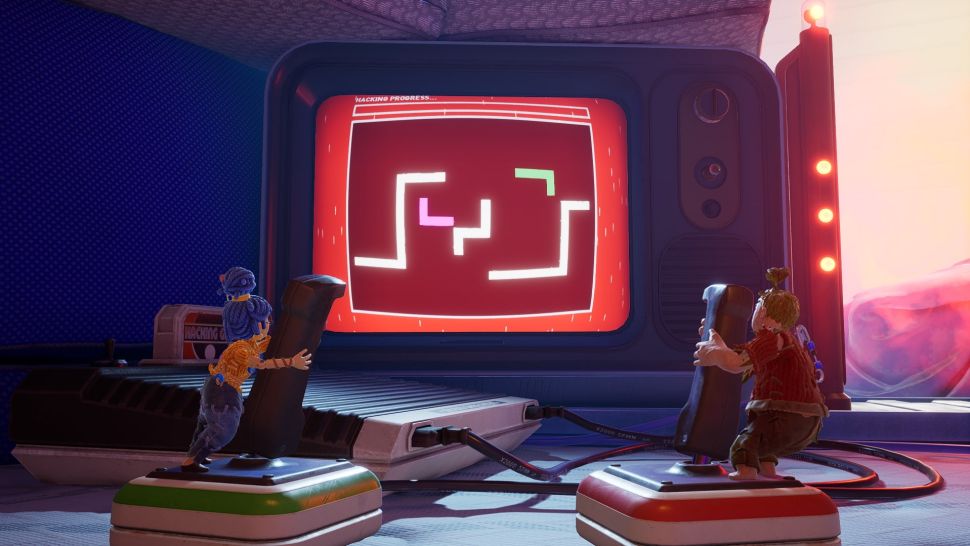 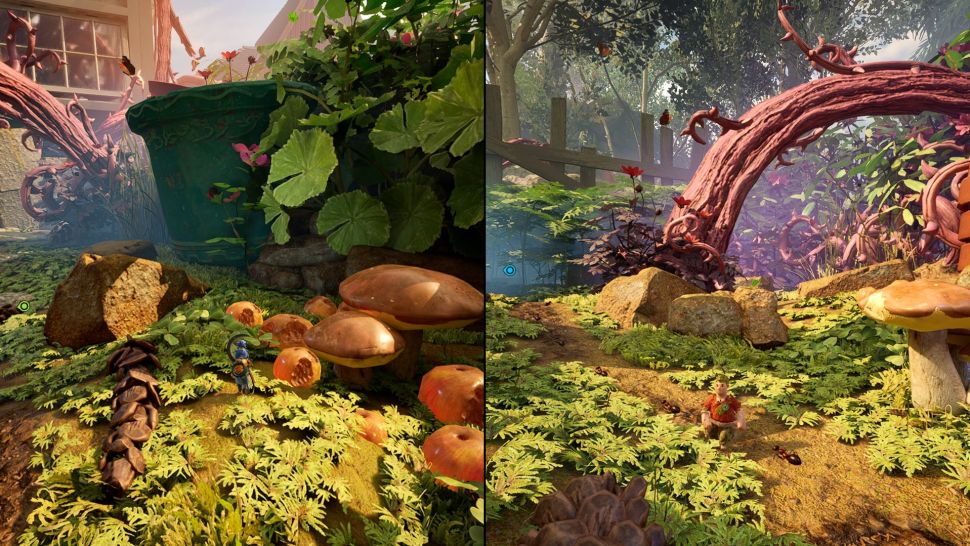 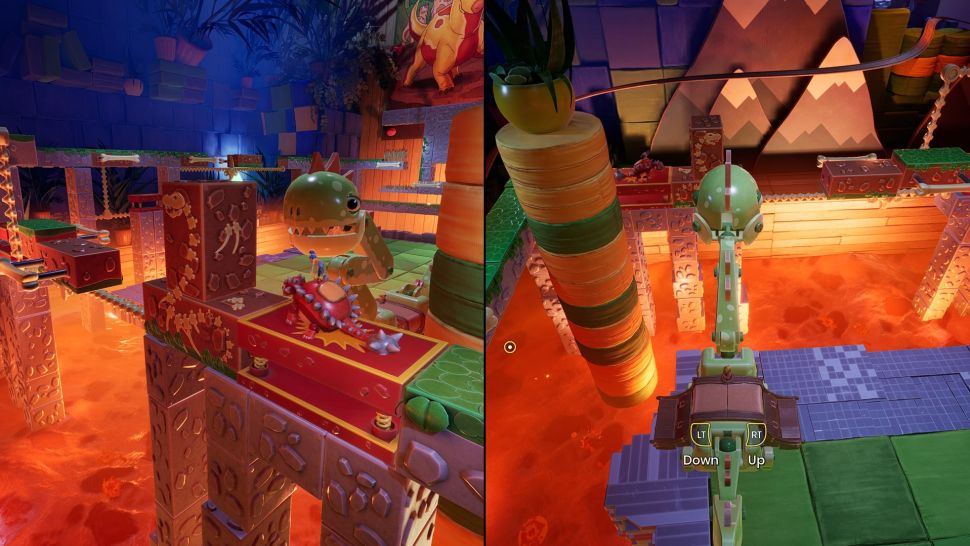 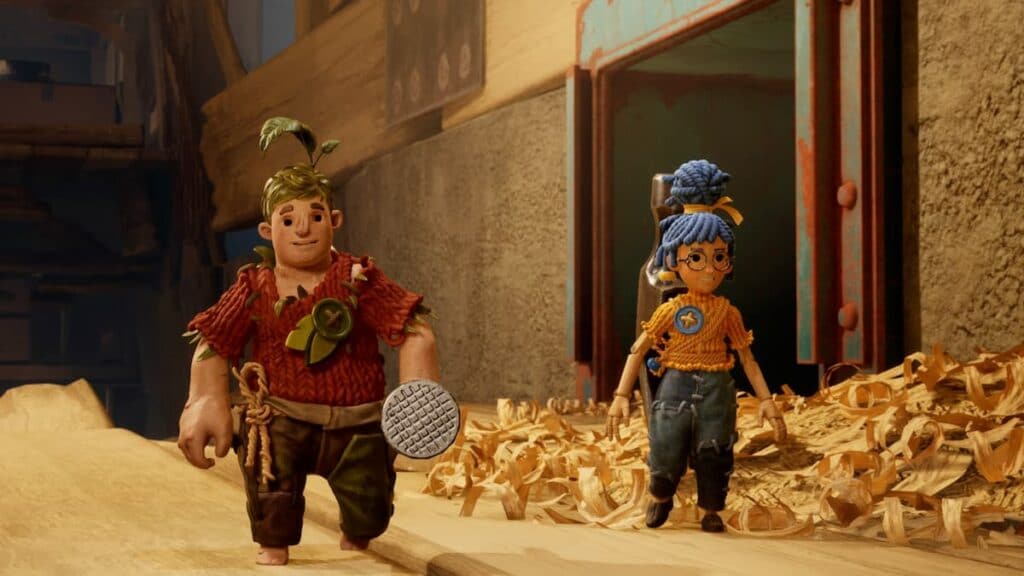 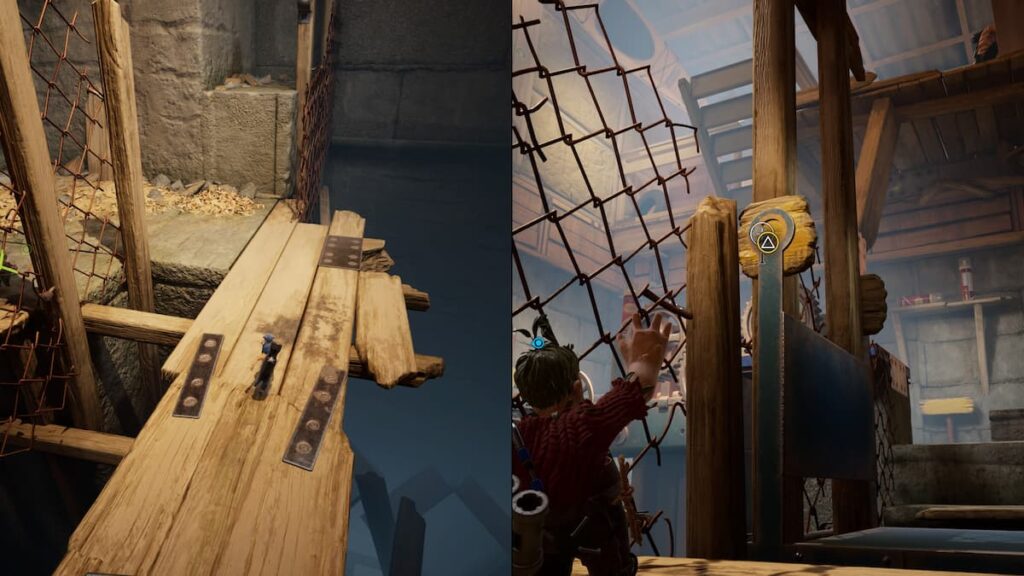 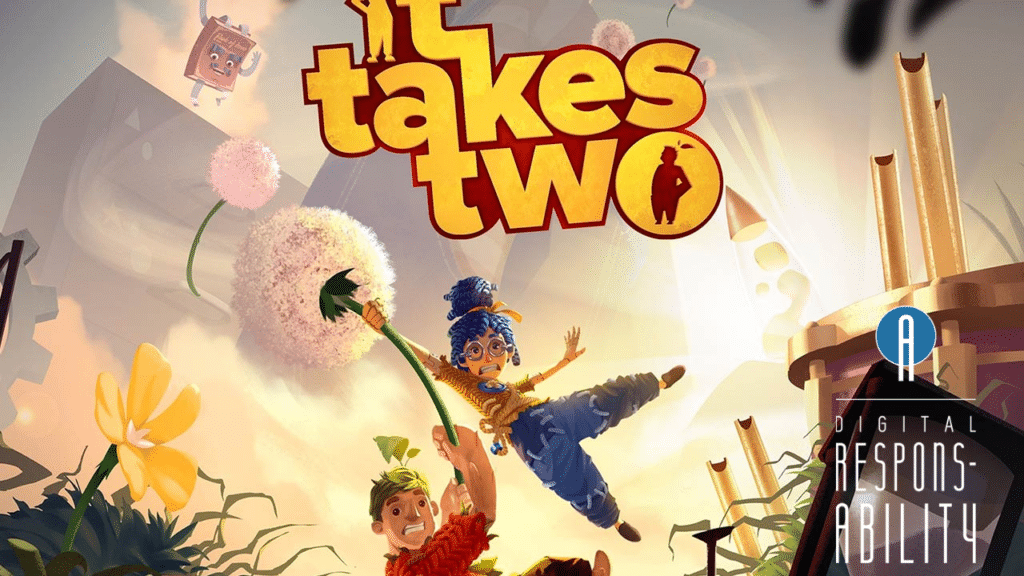