Cuphead is a challenging shoot ‘em up game with a Jazz Age aesthetic that can be played together as a family.

Cuphead is a challenging shoot ‘em up game with a Jazz Age aesthetic that can be played together as a family.

Recently on your Netflix feed you may have come across a new kid’s show, called The Cuphead Show! Your first thought might be, “wow that’s cool that they’re bringing back old television shows from the 1930s.” But Cuphead is from 2017, and it was originally a game. After watching that show your kids may be eager to play the game. So here’s some more information if Cuphead is good for your family.

First, you should know that Cuphead is a fast-action game with frequent boss fights and other running levels. Throughout the levels there’s a story of Cuphead, and his brother Mugman, who are trying to reap souls from the devil.  Cuphead is known as a “run ‘n’ gun.”The term “run ‘n’ gun” is a type of shoot ‘em up game where the character fights on foot and jumps. And run and jump you will. Cuphead is challenging even to experienced players. It takes lightning quick reflexes and practice. It took my husband and I about 15 times to get through one boss level. That difficulty level did frustrate our son. But the difficulty level also made the victory sweeter. When he did manage to get through a run he was thrilled.

Cuphead is safe for all players, but younger children, or inexperienced gamers may struggle with the speed and difficulty. There is also the theme of a devil who takes souls and the occasional image of alcohol or cigarettes. It also has mild violence with Cuphead and Mugman shooting and hitting bosses. The Entertainment Software Rating Board gives Cuphead the rating of Everyone but recommends it for ages 10 and up.

Cuphead is safe for all players. There’s no violence but the occasional appearance of alcohol and cigarettes.

Cuphead is both fun and frustrating. The visuals and music are amazing, but you may find it takes many tries to get through it. Younger children will have difficulty playing. 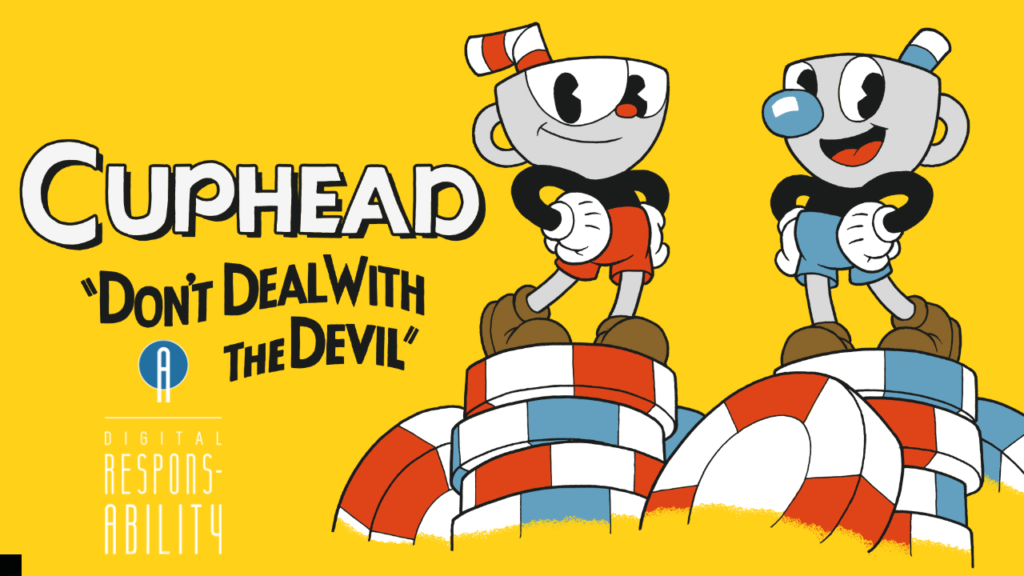