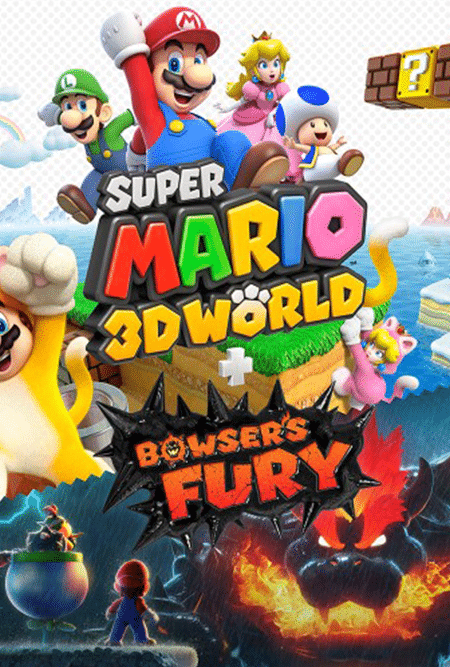 Mario keeps its pedigree of great family fun we have all come to know and love.

Platformers such as Mario games are really good at teaching perseverance, if you miss a jump or are defeated, you are right there back in the action ready to tackle whatever challenge was thrown at you.

Mario games have been the gold standard for family fun for over 35 years. Content wise, there is no safest bet than a Mario game. As such I would like to focus on the things that this game can teach our children.

Platformers such as Mario games are really good at teaching perseverance, if you miss a jump or are defeated, you are right there back in the action ready to tackle whatever challenge was thrown at you.

Through my life, games have taught me to not be afraid of trying new things, that failure is just another step in the road to success. Games such as this one shine in that regard.

It also promotes creativity in how to tackle such challenges, based on which power up we use or how we approach a jumping puzzle.

Super Mario 3D World was originally released for the Wii U. It is a game of a time in which cameras were fixed and determined by the game as opposed to the free camera controls in games today. The game is fun and full of power ups and challenges.

But the shining star of this game is the new addition, the “second” game in this release, Bowser’s Fury.

Unlike most Mario games that have stages to select, Bowser’s fury is one big stage, it expands as you progress in the game and it has a cycle in which Bowser awakens and the environment changes, from a tranquil stroll and explore, to frantic avoiding projectiles and fire breaths!

It would be a mistake to think the player is being shorted by having just one stage, this stage is quite expansive and very fun to play. It brings excitement about what the future of Mario games might be. We hope they expand on this idea.

The game shines when playing the Bowser’s Fury section. Aside from that it falls short from the other recent Mario releases like Mario Odyssey. This is more of a testament to the quality of Mario games than a criticism of this game itself. It is still a great game. 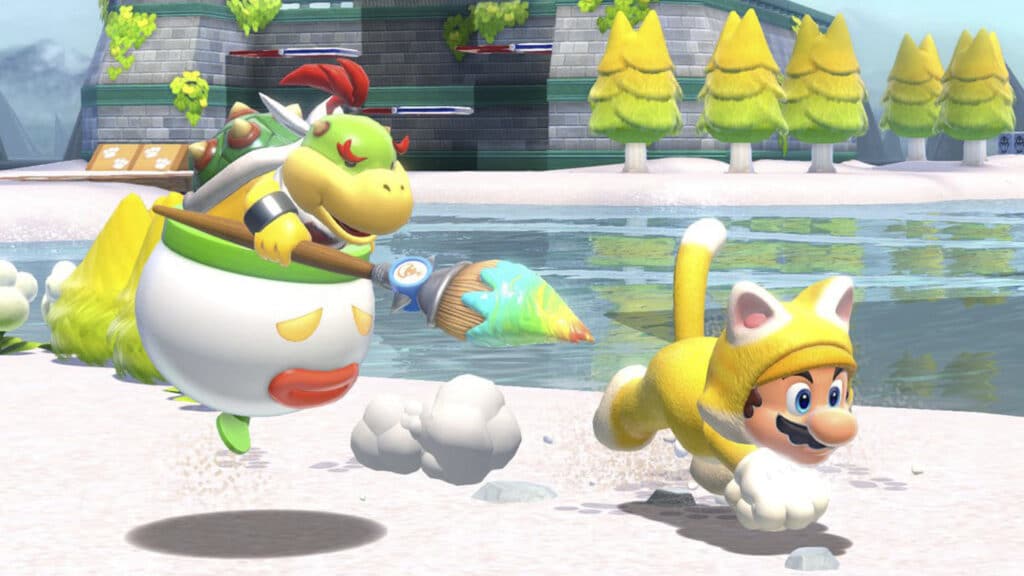 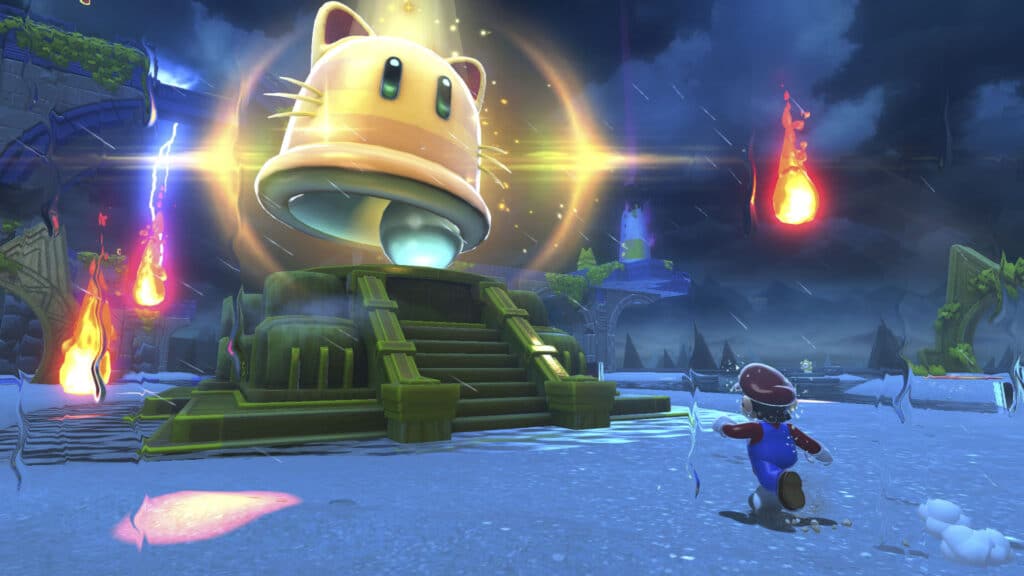 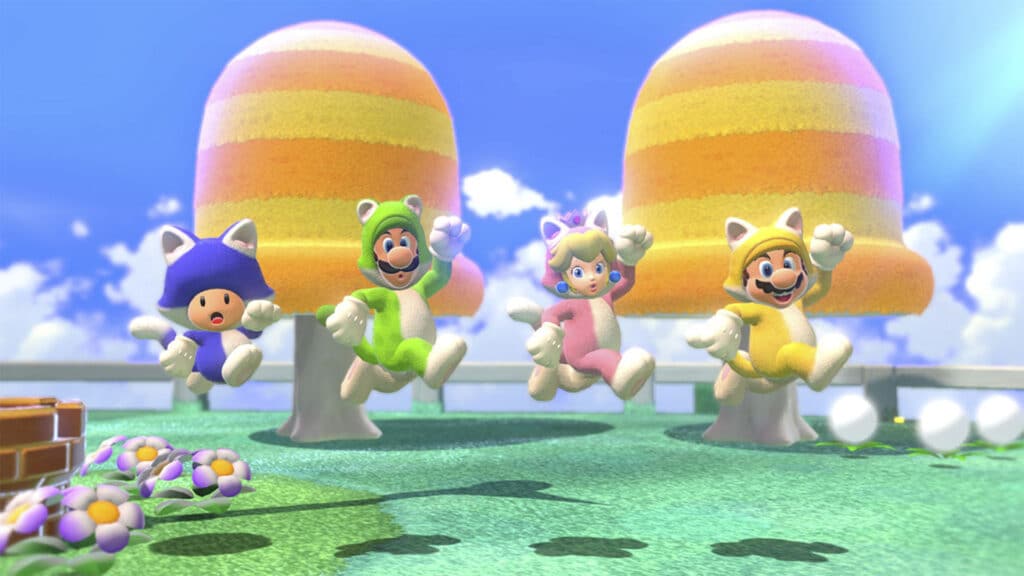 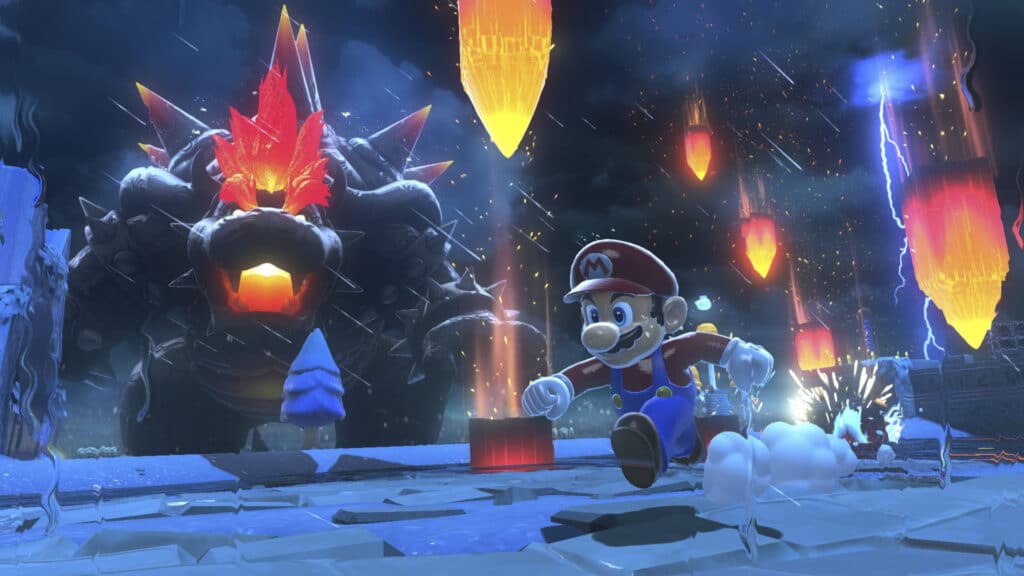 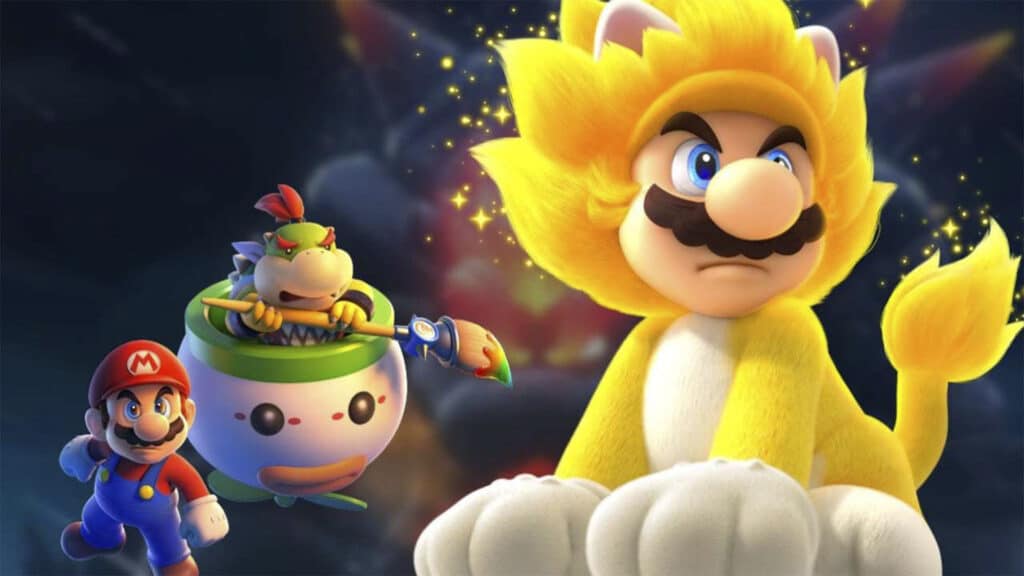 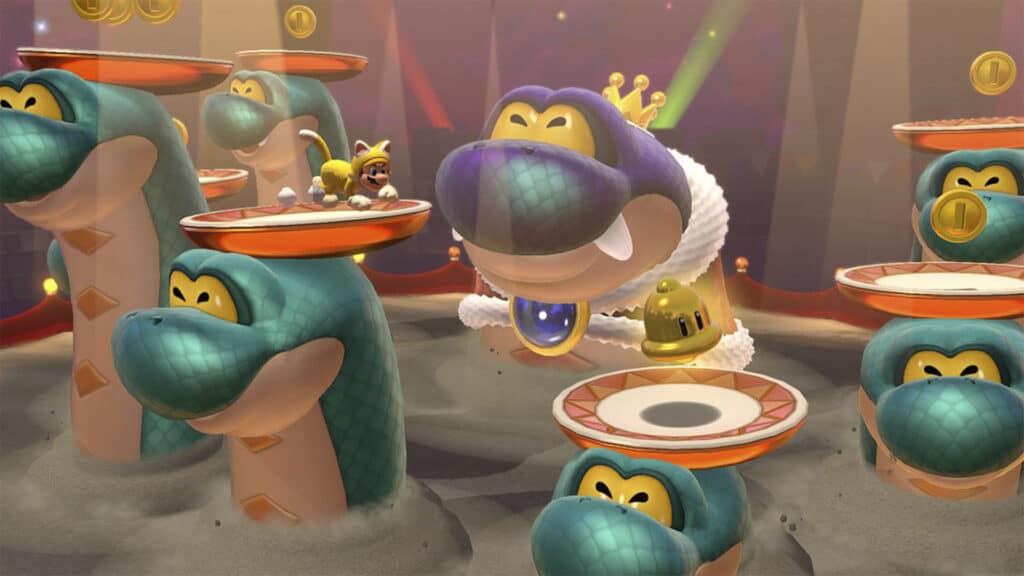