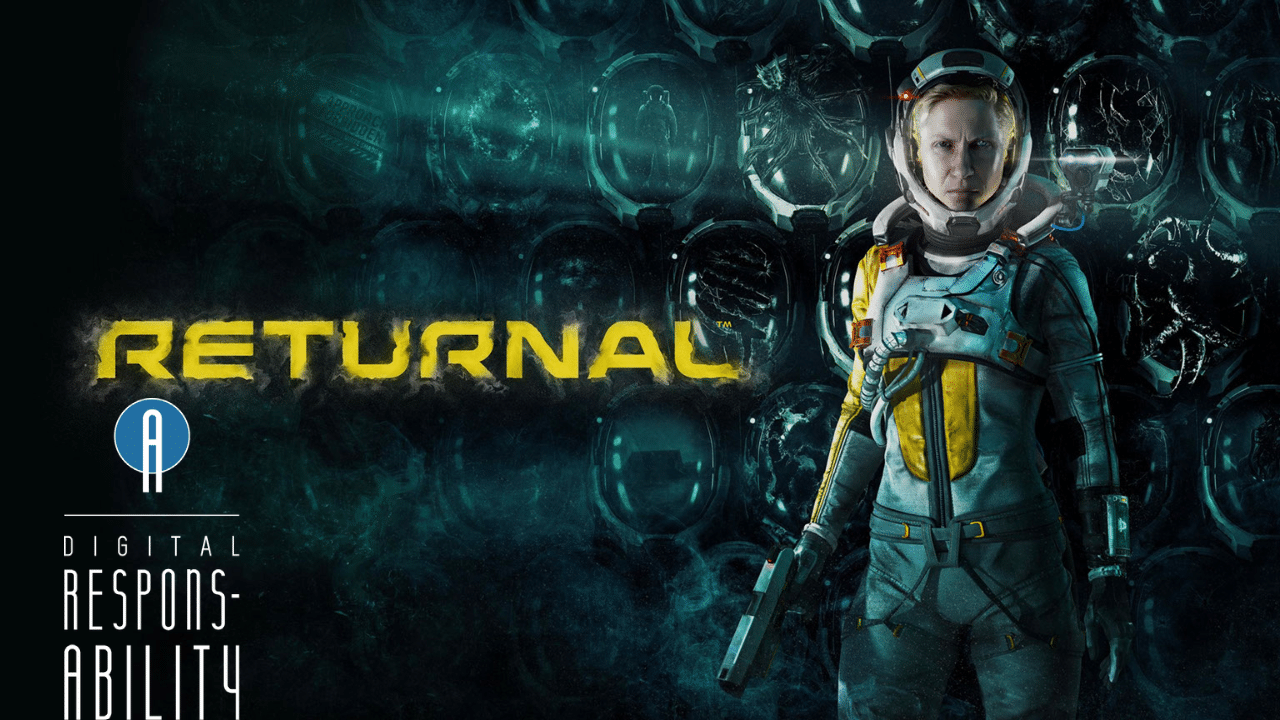 $
Returnal is a third-person shooter, roguelike videogame. It follows Selene, a space explorer, after she crashes and lands in an alien planet called Atropos.

Returnal is a third-person shooter, roguelike videogame. To some of you those words may not make sense. So allow me to explain.

The game is a shooter with “bullet hell” like mechanics, these are the kind of games in which a colorful variety of bullets fly towards the player and the goal is to avoid being hit while at the same time defeating the enemies. It requires a lot of reflexes and concentration.

A roguelike is a subgenre of game characterized by having to restart from the beginning upon death. This might sound a bit difficult, and it can be, but part of the draw for these games is improving your skill and doing better on every subsequent run.

Returnal further delves into the subgenre by being a Rogue-lite, because there are things that remain with you upon death, especially tools you find that help with exploration by opening new paths.

As such, you get in a zen like loop of runs doing better and better each time. You see before your very eyes the improvements you are making. I had fun explaining these terms, hope you don’t mind the indulgence.

The story follows Selene, a space explorer who crashes and lands in an alien planet called Atropos Selene is drawn in to investigate what she calls a “White Shadow” signal.

Stranded on the planet, she proceeds to look for this signal and shortly after meets her demise, only to awaken again and restart the cycle. The roguelike mechanics of the game and the narrative mesh well together, as Selene is aware that she keeps dying and coming back. Her only way to find answers is to push forward and solve the mystery of the “White Shadow” signal.

The game can at some points give a sense of dread with it’s narrative, the game calls itself a psychological horror, and Selene seems to be dealing with personal and mental issues, which feel manifested in the environment.

There is almost no swearing in the game. I remember talking to my partner about 10 hours in and noting… “Selene has not swore once yet in this game.” A little bit later she used a mild swear word, but I can count on one hand the mild swear words I heard through the full playtime.

By its nature, Returnal has a lot of fantasy violence, you fight alien creatures and mechanical constructs. You do this by using a variety of sci-fi inspired weapons. The alien creatures sometimes spew a greenish ichor. Overall the game is not graphic in it’s violence.

The game can be difficult at first, but there is a sense of accomplishment and reward when overcoming difficult challenges. The story is intriguing and the mystery is mentally stimulating.

I had a blast with this game from beginning to end. The game is at it’s most difficult at the beginning, as the player is learning the ropes and getting used to the controls. For someone that finds the challenge and gameplay enjoyable, this game is easily a top contender. The story is also quite intriguing. We give it a fun factor of 9 out of 10.

Returnal is a very fun and challenging game, with a great story. And very little to no risk in its content in regards to parenting. 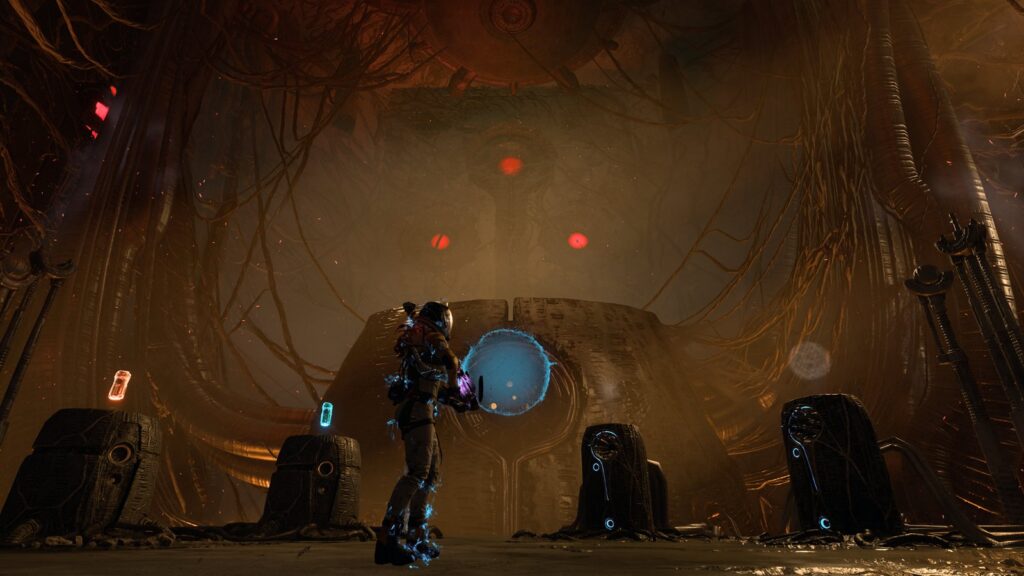 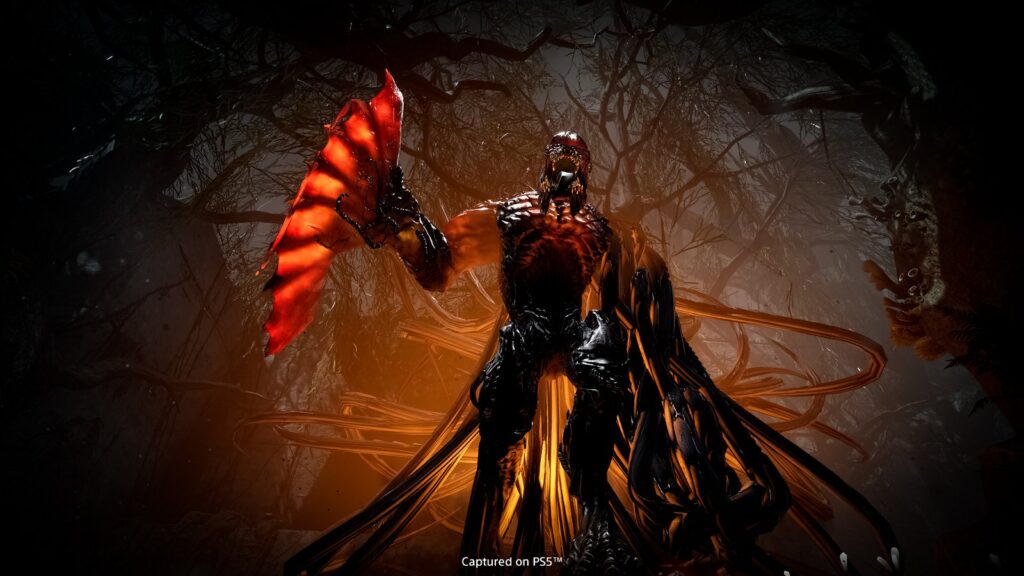 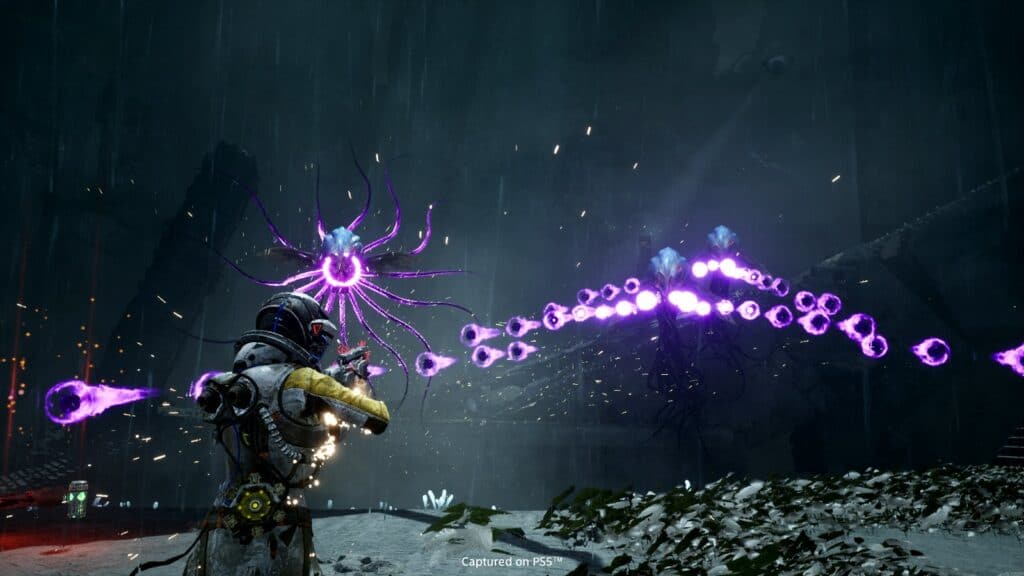 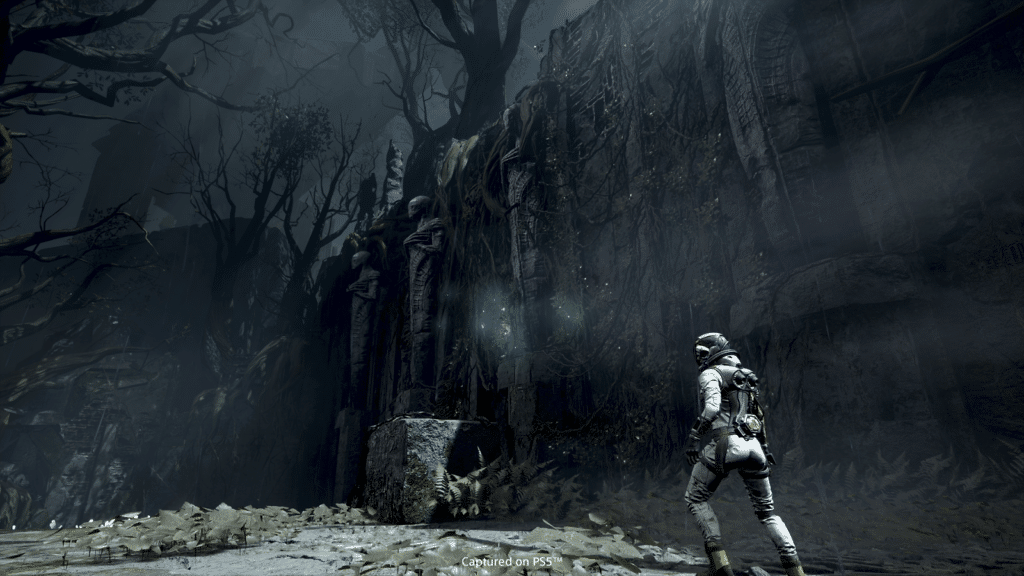 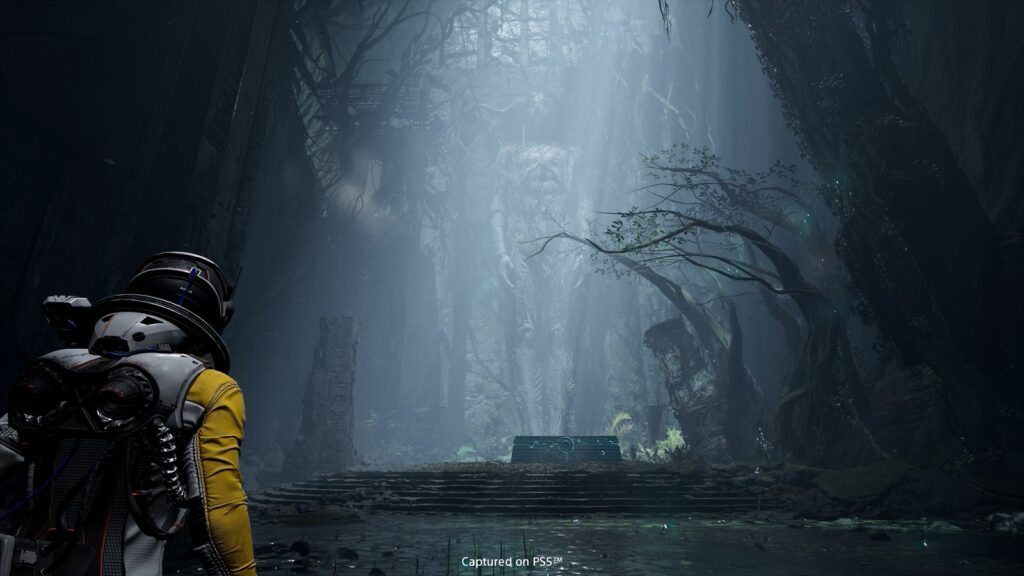 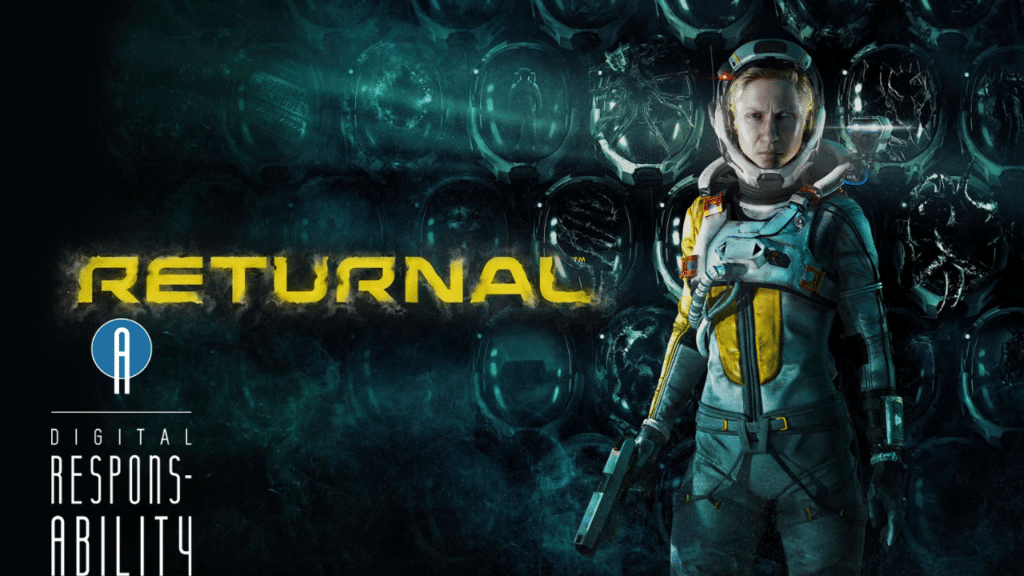